I had never been a good test taker. Especially, standardized tests such as the SAT and the other Advanced Placement courses. Therefore at the start of 2018, I had a mini SAT boot camp, which was to go over strategies and great tips to face the exam in confident. These are the two tips that I personally find helpful.

There are three main passages in the SAT. There are science, US literature, and history and literature. While practicing for the exam, notice the passages that you managed to score a higher score on. Then on the exam, choose to do those passages first before jumping into the old confusing literature passage. 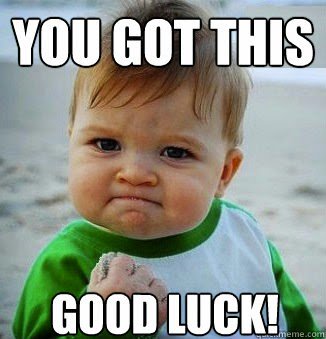 After the intense practice for the SAT exam, now we are focusing on pre-calculus. We flew through the few chapters since we knew most of the stuffs in it. As I’ve mentioned in my previous posts, we use a lot of Khan Academy as our source to further our learning.

One of the part that interest me the most is learning to sketch a polynomial graph. Before I was introduced to pre-calculus I only use to see a parabola graph-shape looking graph but now graphing a polynomial is a much cooler graph(in my opinion). To draw sketch a polynomial functions graph, you need to follow a few steps.

Step 1: Find all of the x-intercepts of graph.

Step 2: Make a table of values for the polynomial. Include test points to know whether the graph of the polynomial lies above or below the x-axis on the intervals determined by the zeros. Include the y-intercept in the table.

Step 3: Determine the end behavior of the polynomial.

Step 4: Plot all the intercept and other points you found in the table. Then sketch the graph.

Using Desmos, this is the difference between a quadratic and a polynomial graph(bigger power). 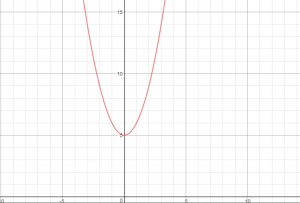 We spent almost two months practicing for the upcoming SAT in math class. Since we have already know most of its contents, we prioritize those time to finding strategies to beat the test. One of the tricks is to try limiting our time on easier questions so that we could save up more times for the harder ones.

Moreover, as I had gone through many practice tests, I realized that sometimes skipping questions isn’t always bad. So if there are questions that are tricky and would take much time, I would skip the question and move on to the easier ones.

Even Though, everyone is telling me that the result of this test will not depict who I really am, but the result of the test is essential for me, to find awesome opportunities that would brighten up my future, since I would need full scholarship offering from universities. 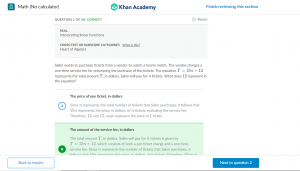 We used Khan Academy as our main resource in practicing math problems for the SAT.

As I am one of the authors in writing the Khmer poetry book, three of my friends and I were invited to the 2nd Khmer Literacy Festival, hosted in Batambang province. The festival lasted for three knowledgeable days. After the event, we have learned and discussed about different Khmer novels, listened to poems that written by Cambodian youths, discussed about the Khmer literacy in Cambodia with Cambodia famous writers. On the third day, we were presenting to a group of 50 university students about our experience writing the poems and the process of making the book. I am honored that we were invited as guest speakers to share our experience to the Cambodian youth and get to participated in such a magnificent event.

A few weeks ago, in physic class, we had a small assignment that required a research paper written about Women participation in STEM. When talking about famous people that have changed the world throughout science, technology, engineering, and math women are not often brought up into the conversations, even though there are a tremendous amount of women that changed the world throughout the aspect of STEM.

This is the research paper that I have written about a woman that change the face of medicine.

“Change is hard at first, messy in the middle and gorgeous at the end. ” Looking through the life of a woman named Elizabeth Blackwell, inspired a tremendous amount of people, especially women in accomplishing their field in a medical study.

Dr. Elizabeth Blackwell was born on February  3, 1821, in Bristol, England. She was raised in a household that strongly believes in Education. Blackwell’s family moved to the United State in 1832, both for financial issues and to join the anti-slavery movement. Six years later after having been moved to America, unfortunately, her father passed away. Even Though her father passed away, her mother and two older sisters worked as an educator. In addition, Elizabeth Blackwell also gets her first job as a teacher in the US. As a group of educated people, the Blackwell’s family campaigned for women’s rights and supported the anti-slavery movement.

With a lot of accomplishment, at the same time, there were also challenges of her way to the success. At the time, when she was finding universities, most of the universities and classes were men and sometimes forbidden for women to study. She applied to the New York’s Geneva Medical College and the man students in the class needed to vote for her to get accepted to the school. The man students took it as a joke and voted yes. As a woman, she also gets a lot of discriminations, which sometimes discourages her from the studying. Moreover, while doing a procedure on an infant she contracted a disease that caused one of her eyes to go blind. With one blind eye, she could not pursue her dream of becoming a surgeon.

Currently, women are not the spotlight of the STEM field. It is important to spotlight their accomplishment since it encouraged many other females to participate in the STEM field. Representing the male students as personally believe that there should be an equality between men and women.

This is the first ever beach ultimate in Cambodia. I am really lucky that I was a part of it. In addition, the best part of the trip was learning new skills from the other people and also get to know more people that have the same interests as me. As I played more and more I have a better understanding of the spirit of the game. I really like how at the end of the game, both teams came together and create a spirit circle to speak about what you like and what you don’t about the game. I can’t wait to attend this event again next year.

Surrounded by tourists and aside to the ocean, the game of frisbee was being played. Frisbee is a new sport in Cambodia, people that were watching had interest and were curious about the sport. Many asked about it and few sat under shades and enjoyed the game.

In this last term before the Christmas break, we are learning how to write a poem and song. The theme of the poems should be related to the society and leave a message in the reader’s mind.

Currently, I am working on many different topics, but the one that I really like is the poem that I wrote about teenagers that avoid school and use drugs.

This is my poem in Khmer,

In class today, We did a fun activity on writing Halloween scary story. In this activity, we first started with own story but with a limited time to write, and after a few minutes, we need to rotate our stories around for other friends to continue your story. It was so much fun, in the meantime, we were also being creative in writing those stories.

This is a Wordle that I created from my story: 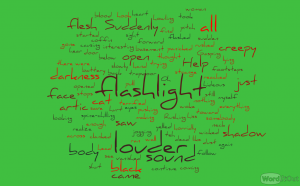 Usually, there are a lot of home works on the weekends, so instead of being stress with it, I am doing Khmer dance to keep me relax, have fun, and forget about all the school works. In addition, Cambodia lost a lot of their culture because of the influence from the foreign countries. I believe that in participating in the Khmer dance class would help me to understand about my culture and also preserve it from faded its value. 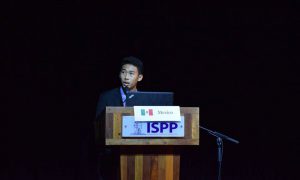